This allows the newer Synclavier D100A card to be a 100% drop-in replacement for the older Synclavier II D100 card. 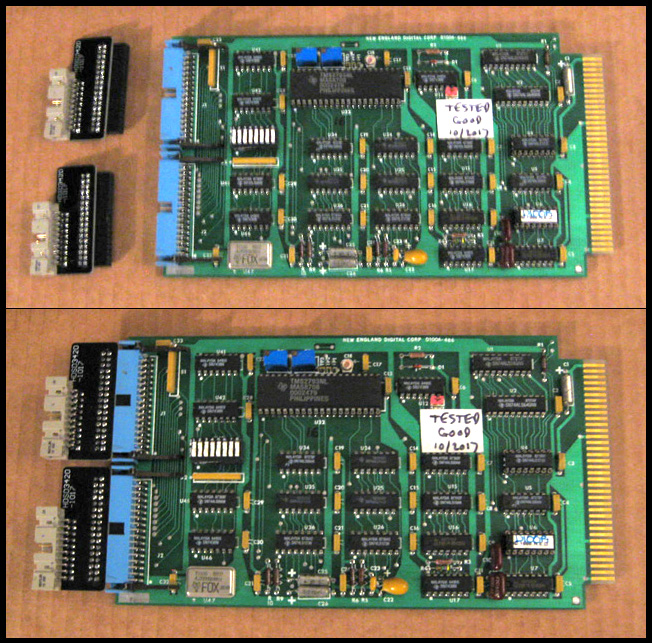 While it would appear to be senseless to do such a tricky modification to use a high value still-current spec D100A in place of an obsolete D100, the reality is that the D100 was only made for a few years, is a very complex card that suffers high failure rates, and probably 80% of the few hundred made were thrown in the trash when nearly all systems were upgraded to the Superfloppy high density drives controlled by the newer D100A card. The D100A cards are always available in the Synclav.com Synclavier store but the D100 cards are sometimes available, sometimes not.


With this new adapter, either board can be used in an otherwise all-original Synclavier II.


The older NED D100 single density/double density drive controller card uses a stupid 20-pin floppy drive connection that wasn't standard to anything, ever. Which of course went to a 24-pin connector on the panel, which also wasn't a thing. It was proprietary to NED and was never documented anywhere (and still isn't). This, much like the later NED 34-pin D24 SCSI card (there was never any such thing as 34-pin SCSI, the use of it required adapters everywhere (34-pin on the card, 36-pin on the panel except with a 34-pin pigtail coming out the back of it, 50-pin on the 12" WORM optical drive, 34-pin on the Winchester hard drives), even inside their own system, either SLSI boards, inside all NED ATS 80mb SCSI Winchester drives and inside the black box magic adapter unit that connected the optical drives to the system, Synhouse solved this problem with the SCSI5034) or complicated and fragile adapter cables (which private techs made to avoid the cost of the black box) was probably meant to confuse people and prevent them from buying disk drives, cables, etc. from computer stores.

Making cards with stupid non-standard pinouts were an important part of protecting this pricing scheme.


The later D100A high density (HD) Superfloppy controller card didn't have a standard pinout, either, but at least it was 34-pin like every other floppy drive in the computer world (3.5" and 5.25" that is, the legacy 1970s 8" floppy drives that one company still had in production in 1985 was like all the other 8" drives from the 1970s, a 50-pin edge card connector, Synhouse supports those, too, manufacturing a variety of floppy disk and hard disk adapters with 20, 24, 34, 36, 50, and 68 pins, more in production at Synhouse today than any company in the world history of computing).

The HDSD is a very small board, two of the type shown on this page can snap onto a D100A for single density/double density drive use:

The version shown in the photos uses special connectors to let it attach directly to the D100A card without the use of any other cables.

Other versions of the HDSD are also made to perform very different functions, not only with the Synclavier D100A card, but with the older Synclavier II D100 card as well: 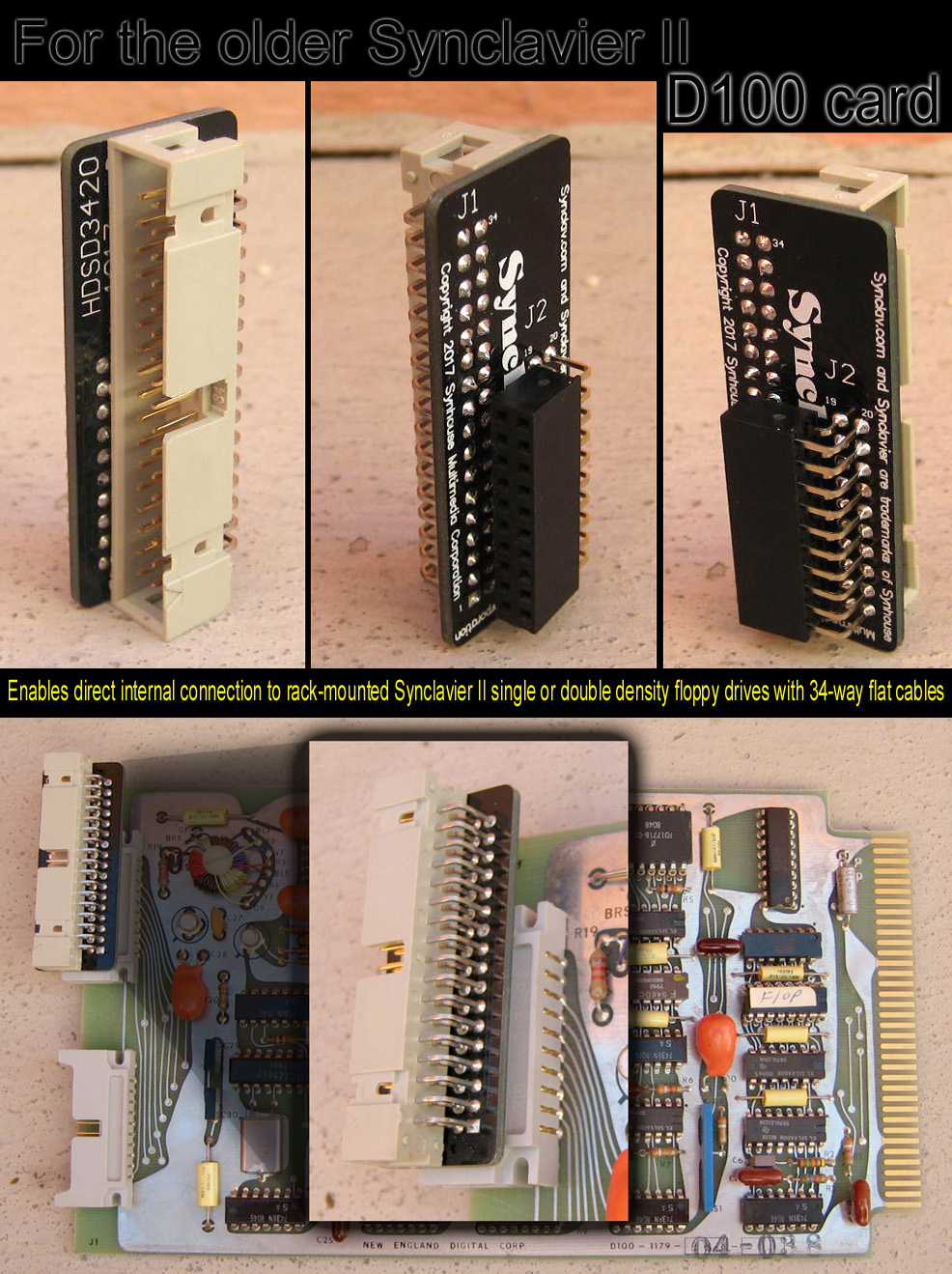